Danang 'grabs' the footsteps of travelers by the beautiful natural landscape with many unique and attractive places of interest and many interesting things you may not know.
Da Nang - one of the 20 cleanest cities in the world

At the 44th Asia-Pacific Forum (APEC) energy conference, Da Nang is recognized as one of the 20 cities in the world with the lowest carbon content in emissions. With this title, Da Nang deserves to be the "green lung" of our country.

The cable car route was born, which is a bridge to help travelers discover Ba Na to become more convenient and easier.

My Khe - The most charming beach on the planet

Not only is the most beautiful beach in Vietnam, but My Khe is also voted one of the six most charming beaches on the planet by Forbes' leading economic magazine. Possessing long, white sandy beaches, clear blue water with whispering waves of white foams on the shore gives you the most meaningful relaxing moments.

Da Nang airport reached the best in the world

According to the vote of Dragon Air (Hong Kong's second largest airline), the survey on the quality of service at the airport terminal, based on the criteria of service attitudes, beauties, infrastructure and facilities Non-aviation services such as: dining, refreshments ... Danang International Airport is ranked 3rd in the list of the world's best service airports in 2014.

Known as the longest hammock bridge in Vietnam, Thuan Phuoc Bridge is designed to cross the Han River with a total investment of nearly VND 1,000 billion built on February 16, 2003 and completed July 19, 2009. . Thuan Phuoc Bridge is designed according to the model of suspension suspension with 3 continuous spans, width of 18m, 4 lanes; there are 2 92m towers, 405m apart; The clearance clearance is 27m. When night falls, it is also the bridge shimmering in the lights, making the city more vibrant, attracting the footsteps of many visitors to explore.

Han River Bridge - The only rotary bridge in Vietnam

Dubbed the "City of Bridges", many tourists are really excited to explore Han River Bridge - Vietnam's only spinning bridge. The bridge has a unique design with a central span that can rotate horizontally to serve the travel of large boats on the Han River. Han River Bridge is considered to be the pride of the people of Da Thanh land because the bridge construction cost is a contribution of the people here.

Sun rotation - 1 of the 10 highest revolutions in the world

As one of the most developed cities in our country, Danang always has unique art works, reaching out to international level, typically "Sun Wheel - Sun Wheel". With an impressive elevation of 115m, speed of 15 minutes / 1 round and can carry up to 384 passengers per turn with 64 cabins, visitors can fully admire Da Nang City at a completely new angle.

New, most attractive tourist spot on the planet

TripAdvisor magazine publishes a list of the most attractive new tourist destinations in the world according to many visitors. Getting the most love and vote is Da Nang City - Vietnam. CNN reported, Danang is famous for its temples and pagodas, crystal clear beaches and friendly people.

The most luxurious resort in the world

InterContinental Danang Sun Peninsula Resort is Condé Nast Traveler in the top 10 best resorts in Asia. Designed with the imprint of Vietnam, InterContinental Danang Sun Peninsula Resort scores with many visitors because of its close and exquisite natural scenery in each line. Backing on Son Tra peninsula, the resort has a view to the sea, an ideal resort for tourists to visit and enjoy Danang. 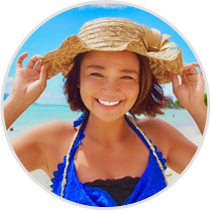